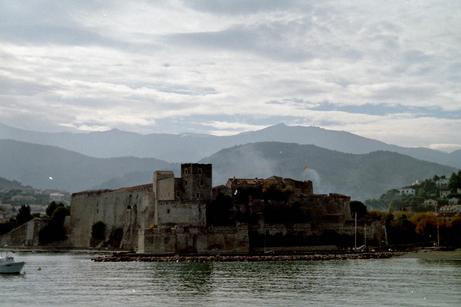 After the establishment of the Kingdom of Jerusalem following the First Crusade, pilgrims flooded to the newly freed Holy Land, but the situation was far from stable and the secular authorities were unable to guarantee the safety of pilgrims who ventured out upon the dangerous roads from Jerusalem to other pilgrimage sites such as Jericho and Nazareth.

In 1115 Hugues de Payens, a Burgundian knight, and Sir Godfrey de St. Adhemar, a Flemish knight, decided to join forces and form a band of sworn brothers dedicated to protecting pilgrims. They soon recruited seven other knights, all men like themselves – stranded in the Holy Land without wealth or land, and allegedly so poor that Payens and St. Adhemar had only one horse between them. In 1118 the King of Jerusalem gave them the stables of what was believed to have been the palace (or temple) of King Solomon for their quarters, and from this they took their name, “The Poor Knights of Christ of the Temple of Solomon in Jerusalem” – a name was soon shortened to the Knights Templar.
At the same time, or shortly afterwards, these nine knights took monastic vows of chastity, poverty, and obedience before the Patriarch of Jerusalem. The Knights Templar rapidly attracted new recruits – and powerful patrons -- highlighting the extent to which the concept of knights dedicated to the service of God touched a chord in men at this time. But the concept of fighting monks was revolutionary. Even the crusades had not sanctioned the bearing of arms by men dedicated to the Church; the crusades had only allowed secular men to serve the interests of the Church. What the Knights Templar proposed was to allow men of God to also be fighting men.

Recognizing the need for guidance and official sanction, Payens approached the Pope, and not only was his new kind of monastic order recognized, it was enthusiastically praised. Bernard of Clairvaux, the most influential churchman of his age (credited with founding 70 new Cistercian monasteries), agreed to write the Templars’ Rule. Not surprisingly, he fashioned the Templar Rule on that of the Cistercians; more unusual, however, was that he also wrote a treatise in praise of the Knights Templar, the De Laude Novae Militiae (In Praise of the New Knighthood), in which he contrasted the virtuous Templars with the vain, greedy, and (senselessly) violent secular knights of the age.

According to De Laude Novae Militiae, the Knights Templar were disciplined, humble, and sober. Thus, “impudent words, senseless occupations, immoderate language, whispering, or even suppressed giggling are unknown. They have a horror of chess and dice; they hate hunting; they don’t even enjoy the flight of the falcon. They despise mimes, jugglers, storytellers, dirty songs, performances of buffoons – all these they regard as vanities and inane follies.” The documented initiation ceremonies – in contrast to the fabricated accusations of King Philip IV’s paid informers tasked with discrediting the Order two centuries later – were simple and sober professions of Catholic orthodoxy and vows to obey the officers of the Order, to remain chaste, to own no property, and to protect the Holy Land and Christians.” (See Hopkins, p. 90.)

The Templars were an instant success (by medieval standards), and their resources increased exponentially over the next decades. They soon controlled properties in virtually every kingdom of Christendom, from Sicily to Ireland, but particularly in France, England, and Portugal. The Order also rapidly developed a sophisticated hierarchy and structure. The bulk of the Order’s members were lay brothers: men who worked the fields of Templar landholdings and served as skilled laborers, from blacksmiths to stone masons, in the fortresses of Outremer.

Furthermore, although only men already knighted, i.e., men from the landed class, could become Knights Templar, men of lesser birth could be men-at-arms, just as in any other army of the age. In contrast to the usual pattern, however, these men were not foot soldiers or archers but mounted fighting men, armed with sword and lance and called “sergeants.” While the knights were allowed four horses and two squires, the sergeants appear to have been allowed two horses and one squire. These squires, incidentally, were not members of the Order, and not bound by monastic vows nor compelled to fight. Last but not least, as enthusiasm for the Holy Land waned in the West, the Templars came to rely more and more on auxiliary troops raised in the Holy Land itself: men of Armenian, Greek, Arab, or mixed descent, called “Turcopoles.” The Templars also had their own priests and clerks.

But manpower is only half the equation. Fighting men, particularly monks who had renounced all wealth and owned nothing, had to be clothed, equipped, mounted, armed, and fed at the expense of the Order. The great castles in the Holy Land – absolutely crucial to the defense of the Christian kingdoms – had to be built, maintained, and provisioned. The cost of equipping even one knight was substantial, the cost of keeping a castle enormous; the costs of maintaining thousands of knights in the field and dozens of castles in defensible condition were astronomical. It would not have been possible without the huge estates donated to the Templars in the West.

The Templars’ extensive properties in Western Europe provided the Order with recruits, remounts, and above all, financial resources. They also created a network through which the Templars could influence secular leaders. Furthermore, the extensive network of Templar “commanderies,” combined with the Templars’ reputation for incorruptibility and prowess at arms, enabled the Templars to move money (then still exclusively in the form of gold and silver) across great distances. Furthermore, the Templar network made it possible for someone to deposit money at one commandery and withdraw it from another with a kind of “letter of credit” – a service unknown before the Templars. Because of their own wealth and the funds deposited with them, the Templars were soon in a position to provide substantial loans, and are on record as having lent money to the Kings of both England and France. Because of their reputation as being scrupulously honest yet financially astute, they were also often employed as tax collectors and financial advisors by ruling monarchs, from Richard I of England to Philip IV of France.

Yet the Knights Templar would not have attracted these riches or enjoyed such prestige if they had not delivered impressive military accomplishments in the Holy Land. The ethos of the Knights Templar called on knights to fight to the death for the Holy Land, to defend any Christian molested by Muslims, never to retreat unless the odds were greater than 3 to 1, and to refuse ransom if captured. Such attitudes clearly set the Templars apart from secular knights of the period. A hundred years after their founding and a hundred years before their demise, the Bishop of Acre wrote in his History of Jerusalem that the Templars were: “Lions in war, mild as lambs at home; in the field fierce knights, in church like hermits or monks; unyielding and savage to the enemies of Christ, benevolent and mild to Christians.”

More important, the vow of obedience enabled disciplined fighting – a rarity in the Middle Ages, when most men were proud to fight as individuals, conscious of their own glory and gain. In contrast, a Templar who acted on his own was subject to severe disciplinary measures, including imprisonment or degradation for a year. There are many accounts of the Templars forming the shock troops during the advance and the rear guard during the retreat on crusades, of Templars defending the most difficult salient in a siege, and of Templar sorties to rescue fellow Christians in distress. At the height of their power, the Templars controlled a chain of mighty castles from La Roche de Roussel, north of Antioch, to Gaza, as well as a powerful fleet.

The Knights Templar suffered a fatal blow, however, when Jerusalem was lost to Saladin in 1187. Although the consequences were not immediately apparent, the loss of Jerusalem – and the failure of all subsequent crusades to regain permanent control – slowly eroded the faith in Christian victory and, ultimately, the interest in fighting for the Holy Land. As the territory controlled by Christians shrank, so did the resources of the local barons. Soon, sufficient resources could not be raised in the Holy Land to finance its defense. This meant that the defense of the remaining Christian outposts fell increasingly to the militant orders, the Templars and Hospitallers, who could still draw on the profits of their extensive holdings in the West.

But these resources proved insufficient in face of the huge cost of maintaining their establishment in the Holy Land as enthusiasm for fighting for the Holy Land waned. Throughout the second half of the 13th century, the crusader territories were lost, castle by castle and city by city, mostly as a result of the defenders having insufficient manpower to maintain their garrisons. When the last Templar stronghold in the Holy Land, the Temple at Acre, fell to the Saracens in 1292, some 20,000 Templars had given their lives for the Holy Land.

The Knights Templar transferred their headquarters to Cyprus after losing their last foothold in Palestine, but they had lost their raison d’être. That would have been crippling in itself, perhaps, but what proved fatal was that they retained their apparent wealth.

King Philip IV, whose coffers were again empty, decided to confiscate the Templar “treasure” – meaning their entire property. To justify this move, Philip accused the Templars of various crimes, including devil worship, blasphemy, corruption, and sodomy. Without warning, on the night of Friday, October 13, 1307, officers of the French crown simultaneously broke into Templar commanderies across France and seized all the Templars and their property. While most of the men arrested were lay brothers and sergeants (since most knights who had survived the fall of Acre were on Cyprus), Philip IV made sure he would also seize the senior officers of the Temple by inviting them to Paris “for consultations” in advance of his strike. All those arrested, including the very men King Philip had treated as friends and advisors only days before, were subjected to brutal torture until they confessed to the catalog of crimes the French King had concocted.

There is no evidence whatsoever that the Templars were in any way heretical in their beliefs. Furthermore, although Philip persuaded the Pope to order a general investigation of the Templars, in countries where torture was not extensively employed (such as England, Spain, Portugal, Germany, and Cyprus), the Templars were found innocent.

Meanwhile, in France, Templars who retracted the confessions torn from them under torture were burned at the stake as “relapsed heretics.” Tragically, the Pope at the time lived in terror of King Philip IV, who had deposed his predecessor with accusations almost identical to those leveled against the Templars. He preferred to sacrifice the Templars rather than risk confrontation with King Philip. Thus, although the evidence against the Order was clearly fabricated and the Pope could not find sufficient grounds to condemn the Order, he disbanded it in 1312. The last Master and Marshal of the Knights Templar, Jacques de Molay and Geoffrey de Charney respectively, were burned at the stake for retracting their confessions, in the presence of King Philip, on March 18, 1314. Not until 2007 did the Vatican officially declare the Templars’ innocence based on the evidence still in the Papal archives.

The Templars are present to a greater or lesser extent in all my novels set in the Kingdom of Jerusalem. Find out more here.