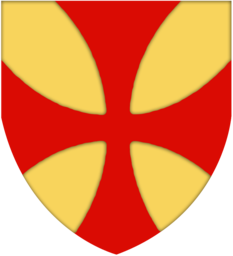 The Ibelins were without question the most powerful baronial family in Outremer through-out the 13th century.  Sir Steven Runciman calls them “the greatest” of all noble families in the crusader states in The Families of Outremer: The Feudal Nobility of the Crusader States (University of London Press, 1960, p. 7).  Edbury calls the Ibelins “the most prominent noble house,” (The Kingdom of Cyprus and the Crusades, 1191-1374, Cambridge University Press, 1991, p. 39) Others have called them “semi-royal” and, indeed, an Ibelin was the first queen of Cyprus, Eschiva, the wife of Aimery de Lusignan. Another daughter of the house, Isabella of Ibelin married Henry III of Cyprus less than a century later. Ibelin men were regents of Jerusalem and Cyprus in the early 13th century. They were constables and seneschals as well over several generations.

Famously, John d’Ibelin commanded the support of Henry I of Cyprus in his war with Friedrich II Hohenstaufen by reminding him:

“…that by me and by my family was your father lord and held this land; and if we had not supported him he would have been disinherited or dead. When God made his commandment of him you were but nine months old and we nourished you, you and your land…for had we not given you freely of our own, the Duke of Austria would have disinherited you, and twice you have been in as bad state or worse….”[i]

Yet while Ibelin power and ties with the House of Lusignan in the 13th century are indisputable, historians profess puzzlement about how the Ibelins acquired this astonishing level of influence. Peter Edbury, for example, the leading modern historian for this period on Cyprus admits that “it is not possible to trace [the Ibelin’s] rise in detail” yet argues it was based on close ties to King Hugh I. Close? Hugh was the son of a cousin, which in my opinion is not terribly “close” kinship.

Behind the bafflement of historians lies the assumption, expressed by Edbury and others that the Ibelins were inveterate opponents of the Lusignans until the early 13th century. They note that there is no record of Ibelins setting foot on the island of Cyprus before 1210 and insist that it is “certain” they were not among the early settlers―while admitting that it is impossible to draw up a complete list of the early settlers. Yet just seven years after the Ibelins’ alleged “first appearance” on Cyprus an Ibelin was appointed regent of Cyprus.  That means, he was elected by the Cypriot High Court composed of barons and bishops of the island, who had supposedly been on the island far longer than (according to conventional wisdom) the Ibelins had been represented on Cyprus.  Significantly, the appointment was made over the heads of King's first cousin.  I don’t think that’s credible.

My revisionist thesis is that while the early Ibelins (that is, Baldwin and Balian d’Ibelin) were inveterate opponents of Guy de Lusignan, they were on friendly terms with Aimery de Lusignan.  Aimery was, for a start, married to Baldwin’s daughter, Eschiva. We have references, furthermore, to them “supporting” Aimery as late as Saladin’s invasion of 1183. I think the Ibelins were very capable of distinguishing between the two Lusignan brothers, and judging Aimery for his own strengths rather than condemning him for his brother’s weaknesses.

Furthermore, the conventional argument that Balian d’Ibelin died in late 1193 because he disappears from the charters of the Kingdom of Jerusalem at that date is reasonable -- but not compelling. The fact that Balian d’Ibelin disappears from the records of the Kingdom of Jerusalem in 1193 may mean that he died, but it could just as easily mean that he was occupied elsewhere. The Ibelin brothers of the next generation, John and Philip, "disappear" from the records of Jerusalem from 1210 to 1217 too, but they were very much alive, active and powerful -- one in Beirut and the other on Cyprus.

Balian's disappearance from the records of Jerusalem could, in short, have resulted from an absence from Jerusalem ― because he busy on Cyprus. The lack of documentary proof for his presence on Cyprus is not grounds for dismissing the possibility of his presence there because 1) the Kingdom of Cyprus did not yet exist so there was no chancery and no elaborate system for keeping records, writs and charters etc., and 2) those who would soon make Cyprus a kingdom were probably busy fighting 100,000 outraged Orthodox Greeks on the island!

But why would Balian d’Ibelin go to Cyprus at this time?

Because his wife, Maria Comnena, was a Byzantine princess. Not just that, she was related to the last Greek “emperor” of the island, Isaac Comnenus.  She spoke Greek, understood the mentality of the population, and probably had good ties (or could forge them) to the Greek/Orthodox elites, secular and ecclesiastical, on the island. She had the means to help Aimery pacify his unruly realm, and Balian was a proven diplomat par excellence, who would also have been a great asset to Aimery.

If one accepts that Guy de Lusignan failed to pacify the island in his short time as lord, then what would have been more natural than for his successor, Aimery, to appeal to his wife’s kin for help in getting a grip on his unruly inheritance?

If Balian d’Ibelin and Maria Comnena played a role in helping Aimery establish his authority on Cyprus, it is nearly certain they would have been richly rewarded with lands/fiefs on the island once the situation settled down.  Such feudal holdings would have given the Ibelins a seat on the High Court of Cyprus, which explains their influence on it. Furthermore, these Cypriot estates would most likely have fallen to their younger son, Philip, because their first born son, John, was heir to their holdings in the Kingdom of Jerusalem.  John was first Constable of Jerusalem, then Lord of the hugely important port city of Beirut, and finally, after King Aimery’s death, regent of the Kingdom of Jerusalem for his niece.  Philip, on the other hand, was constable of Cyprus and later regent of Cyprus for Henry I ― notably despite the fact that his elder brother was still alive at the time.

While this is all speculation, it is reasonable and does not contradict what is in the historical record. It is only in conflict with what modern historians have postulated based on a paucity of records.

The Ibelin role in the pacification of Cyprus is a major theme of The Last Crusader Kingdom.

[i] Philip of Novare in his contemporary account The Wars of Frederick II Against the Ibelins in Syria and Cyprus, translated by John L Monte, Colombia University Press, 1936, p.124. Philip of Novare was a contemporary of John d’Ibelin and an eye-witness to the scene described; while possibly stylized, this is a paraphrase of a real speech not an invention by a chronicler.

The Ibelins and Cyprus: A Revisionist Thesis 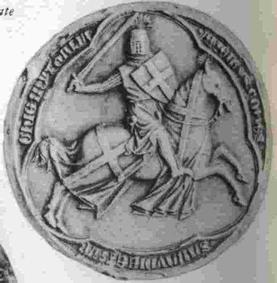