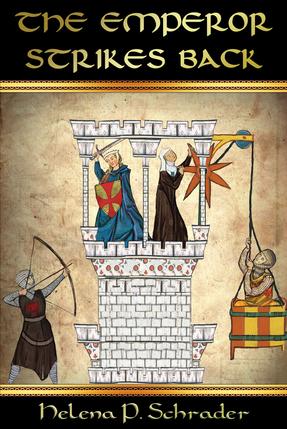 Emperor Frederick II has restored Christian control of Jerusalem, but the Sultan brags he will “purify” Jerusalem and drive the Christians out as soon as the ten-year truce expires. The common people of the Holy Land show their contempt for the Emperor and his treaty by pelting him with offal, while the barons resist Frederick’s absolutism and demand rule of law. Filled with resentment and bitterness toward his impertinent subjects, the Emperor vows to destroy the family that embodies the independent spirit of Outremer: the Ibelins. While the Emperor’s deputies will stop at nothing to fulfill their orders, the Ibelins must gain allies at almost any cost. Yet with the Pope now on the side of the Emperor, Balian’s marriage becomes a spiritual weapon turned against his father.