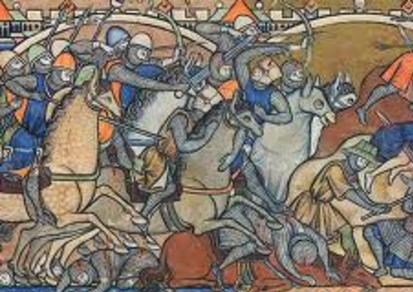 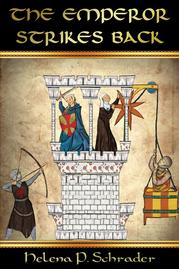 In the surprise attack at Casal Imbert, the Cypriot/Ibelin army had lost roughly 30 knights and the bulk of their horses and equipment. More important, the Genoese had lost their ships. Thus, while Filangieri struck in Cyprus, King Henry had no means of responding. Filangieri had brilliantly taken advantage of his enemy’s concentration of forces in one place, to attack in another.

Yet Filangieri had underestimated the Cypriot King. Henry had come of age on the same day that he had to flee from Casal Imbert in his nightshirt. He now proved that he had been no puppet of the Ibelins. Had he been merely their prisoner up to now, he would have abandoned their cause and turned to Filangieri to help him crush his former jailers. Instead, he used his increased stature as king to make significant concessions to the Genoese, securing their continued support, and in order to obtain revenue and fighting men through the bestowal of fiefs in Cyprus upon Syrian knights. In just one month, the Cypriot/Ibelin army was sufficiently reequipped to return to Cyprus — in Imperial ships.

The latter had been tied up in Acre idle. Henry and the Lord of Beirut appealed to the anti-Imperial Patriarch of Jerusalem, arguing that Filangieri in occupying Cyprus had committed a grave sin that threatened the safety of the Holy Land. The point was that Filangieri had attacked a Christian monarch without justification. While the Patriarch sympathized, he demurred, saying he could not interfere in secular affairs. However, he also noted that he would not stop anyone from seizing the ships. At once, the pro-Ibelin mob rushed down to the harbour, where they managed to seize 13 of the large Imperial "salanders" (apparently warships), while the remaining Imperial ships managed to escape by slipping anchor and sailing away.

In these "confiscated" ships, the Cypriot/Ibelin knights, turcopoles and sergeants sailed for Cyprus at the very end of May or the first days of June. Expecting the ports to be heavily defended, Beirut took the radical decision to beach (i.e. wreck) their confiscated Imperial galleys on the shore of an island near Famagusta. This island was connected to the mainland only at low tide. From here, some of the men took small boats into Famagusta harbor to make noise and create a diversion, while the bulk of the army crossed via the ford to the mainland at dawn without encountering serious opposition.

Indeed, by daybreak, it was clear that the Imperial forces, possibly overestimating the strength of the Cypriot/Ibelin force in the darkness, had opted for a strategic withdrawal. King Henry and his troops spent three days in Famagusta receiving the surrender of the key castle of Kantara and collecting further support before advancing cautiously toward Nicosia. Although they encountered no resistance, they found that the retreating Imperial troops had burned the granges and also vandalized the water and windmills.

On arrival in Nicosia, the Cypriot/Ibelin army found that, again, the enemy had retreated before them. With a sense of relief, they sought food and lodging — only to be called to arms at vespers. The men rushed out, mustered and marched north to face an Imperial attack. When they were beyond the walls, however, they discovered that the alarm had been rung by Beirut himself. Recognizing that they still faced an intact and formidable enemy army that might strike at any time, Beirut wanted no repeat of Casal Imbert. He ordered the collected and alerted army to camp in a defensible position near water and gardens and a watch was established.

The next morning, the army set out along the main road from Nicosia to Kyrenia. Between these two cities a dramatic mountain range with jagged peaks and deep pine forests rises up. From Nicosia, the road runs almost due north, weaving with the terrain, until it turns sharply to the right to enter a pass that runs west-east. Then having crested the pass, the road turns north again to descend toward the coastal plain and the port of Kyrenia. Just before the end of the pass, the main road to the royal castle of St. Hilarion branches off.

St. Hilarion still held for King Henry and was filled with many women and children of Ibelin supporters as well as King Henry’s two sisters. King Henry had received word that the castle was dangerously short of supplies and would soon have to capitulate if it did not receive aid. Anticipating an attempt to relieve St. Hilarion, Filangieri positioned the main body of his army inside the pass, where it was invisible from the lower part of the road, but he had deployed two advance divisions across the Nicosia-Kyrenia road just below the entrance to the pass.

The Imperial forces on Cyprus consisted of the Cypriot traitors and the bulk of the Sicilian knights and Imperial mercenaries. Altogether, Filangieri could deploy over 2,000 horsemen and an unknown number of archers and infantry. The Cypriot/Ibelin army, on the other hand, had been decimated by the desertions, the reinforcement of Beirut, and the losses of Casal Imbert. King Henry could field only 236 knights, supported by sergeants and turcopoles of unrecorded number. The advancing Cypriot/Ibelin army was not only much smaller, it was below the Imperial army and would have to fight uphill to breakthrough.

However, King Henry knew of a steep and narrow path that ascended the mountain from a village called Agridi just less than a mile west of the main road, i.e., before the enemy positions. Beirut proposed advancing to Agridi, and under cover of darkness the next night, sending relief to St. Hilarion over the narrow path. Beirut divided his army into four divisions, commanded as follows: 1) Sir Hugh d’Ibelin (Beirut’s third son) and Sir Anseau de Brie, 2) Sir Baldwin d’Ibelin (Beirut’s second son, 3) the Lord of Caesarea (Beirut’s nephew) and 4) Beirut with King Henry.

Beirut’s eldest son Balian, who already had a reputation for prowess from earlier engagements, was publicly denied the place of honor in command of the vanguard, because he had been excommunicated for failing to set aside his wife — and cousin — Eschiva de Montbéliard. (That same lady who had provisioned and was holding the only other castle that had remained loyal to the king as described last week) Saying he trusted God more than Sir Balian’s knighthood, Beirut ordered his firstborn and heir to the rear.

Daylight, however, revealed the pathetic size of the Cypriot/Ibelin army. Immediately, the Sicilians took heart and with cheers, the first division started to descend the slope to attack. Led by Count Walter of Manupello, this division only glancingly engaged with Beirut’s rearguard before continuing toward Nicosia. Christopher Marshall in Warfare in the Latin East suggests this was a matter of incompetence; that the charge was carried out so badly that momentum swept it past the enemy doing no damage. It is equally possible, however, that the intention was to either divert some of Beirut’s troops and divide his forces or to reestablish Imperial control of Nicosia and cut Beirut and King Henry off from retreat. We know some of Beirut’s knights wanted to pursue and Beirut had to prevent them. Certainly, it was only after the Cypriot/Ibelin force carried the day that Count of Manupello retreated to Gastria to seek refuge with the Templars.

Meanwhile, however, the second Imperial division had fallen on the first division of the Cypriot/Ibelin army and pressed it so hard that it had to be reinforced by the second division. The fighting became fierce and hand-to-hand. Sir Anseau de Brie unhorsed the commander, the Count de Menope, and the Cypriot infantry closed in to kill. According to the account of Philip de Novare, no less than seventeen Sicilian knights dismounted to protect him and help him remount — only to be slaughtered by the Cypriot sergeants shouting “Kill! Kill!” Not exactly the picture of chivalry.

Yet the battle was far from won. Filangieri’s main force was still safe within the pass. Had they reinforced at this point, the Cypriot army would probably have been overwhelmed. Instead, Sir Balian, with only five knights, attacked from a point high up the slope along a rugged and steep path leading to the head of the pass, cutting off reinforcements at this choke point. He was so hard-pressed that the men around Beirut urged him to go to his son’s assistance, but Beirut insisted that his division — with the King — must continue to advance, presumably toward St. Hilarion. Without further assistance, Sir Balian’s small troops held the foot of the pass and prevented Filangieri from reinforcing his advance divisions.

Below the pass, the Cypriot/Ibelin army decimated the Imperial troops that had engaged them. No less than sixty knights — a huge number by 13th century standards — had been killed and forty more had been taken prisoner. Filangieri decided to cut his losses and disengaged, retreating up the pass and down again to Kyrenia. King Henry and the Ibelins proceeded to the successful relief of St. Hilarion.

Although the Imperial army had sustained shockingly high losses by the standards of the day, it was by no means annihilated. Yet, apparently the fight had gone out it. The Count of Manupello’s division, denied refuge by the Templars, surrendered, while Filangieri and the Cypriot traitors retreated to the fortress of Kyrenia. From here they sent appeals for help to Armenia, Antioch, and the Emperor himself, but when these yielded nothing, Filangieri and the traitors sailed away. The garrison they left behind eventually capitulated after a year-long siege. In short, Agridi had proved decisive. Frederick II never again attempted to send “orders” to King Henry, and the Pope later absolved King Henry of all oaths to the Holy Roman Emperor.

(Note: much of the text of this essay first appeared in Medieval Warfare magazine. For the full article see: https://www.karwansaraypublishers.com/medieval-warfare)

These events are depicted in detail in my latest release: