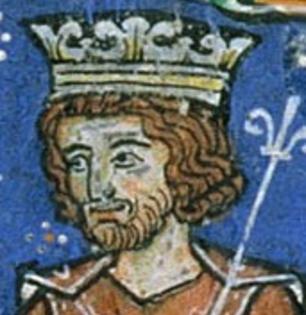 In 1194, Guy de Lusignan died on Cyprus of unknown causes. As I argue in my essay on the Guy de Lusignan’s acquisition of Cyprus, it is highly unlikely that he had by the time of his death succeeded in pacifying the island. (See Lusignans Come to Cyprus) On the contrary, he probably left behind an island that was largely lawless and ungovernable.  Furthermore, there was no Frankish ruler readily at hand to come restore order and consolidate Latin rule. Richard of England was now entangled in a bitter struggle for his Angevin Empire. In the Holy Land the truce with the Saracens was fast running out. Neither the militant orders nor the King of Jerusalem as therefore in a position to invest time and resources intaking control of Cyprus. Guy had died was a widower with no surviving children, and there was no one among the barons who had gone with him to Cyprus, no one who commanded particular authority. The prospects of continued crusader control of Cyprus were dim.

On his deathbed, Guy, with the lack of judgement typical of him, designated his elder brother Geoffrey as his heir.  Geoffrey had campaigned briefly in the Holy Land during the Third Crusade, but he was hardly a man with deep knowledge of the politics, culture or peoples of Outremer.  More important, he did not command any particular loyalty nor have kinship ties with any of the local barons.  Most damaging of all: he was not even in Outremer; he had returned to France.

The most bizarre aspect of Guy’s bequest to Geoffrey is that it entailed by-passing or ignoring his other brother Aimery. Aimery was, admittedly, the third brother, Geoffrey the second, so that in a strict legal sense Geoffrey took “precedence,” but Aimery had been in the Holy Land roughly 20 years by this point, he had been Constable of Jerusalem, and he commanded respect among the local barons. He had been consistently loyal to his brother, even supporting his coup d’etat and sharing imprisonment with him after Hattin.

The record is far too sketchy to know why Guy preferred Geoffrey, but there may have been tension between the brothers all along. Aimery’s support of his brother, was not necessarily indicative of genuine approval of his policies or actions, but rather the imperative of family loyalty and self-interest. Fortunately for Aimery, Geoffrey de Lusignan had no interest in Cyprus. So the men who had gone with Guy to Cyprus (and were probably still engaged in a bloody struggle to gain control of it) chose Aimery as Guy’s successor.

Within three years of becoming the Latin/crusader overlord of Cyprus, Aimery had established peace on the island, set up a Latin ecclesiastical hierarchy alongside the Orthodox one, and raised Cyprus to the status of a kingdom. It is almost certainly Aimery, not Guy, who invited settlers to the island from Syria/Palestine. This had a two-fold benefit to the kingdom. On the one hand, it enabled the Lusignans to establish the feudal structures that served the defense of the kingdom so well, and on the other imported skilled craftsmen capable of developing the economy.  Prior to Latin rule on Cyprus, the island had a largely agricultural province of the Greek Empire.

Thus in Cyprus, as in Jerusalem, there was a High Court consisting of the feudal elite that held significant powers. There were also for lesser courts that conducted proceedings in the native language (in this case Greek) and separate courts for merchants.

Particularly significant and important was the fact that Aimery allowed an Orthodox church hierarchy to continue to exist on Cyprus. It was not until the reign of his grandson that the Latin church attempted to gain control over Orthodox church properties and to demand the tithes paid to the Orthodox church. The leading modern historian Peter W. Edbury writes in The Kingdom of Cyprus and the Crusades 1191 – 1374, “…the government was normally careful to protect the indigenous church from attack by over-zealous Latin clerics,” and notes that the only recorded atrocity against Greek monks occurred during the conflict with Friedrich II.  Notably, this was a period when the island was periodically occupied by Imperial forces with no tradition of tolerance.

Last but not least, Aimery was responsible for raising Cyprus, a Byzantine province and the undesignated “lordship” of Guy de Lusignan to a kingdom. This masterstroke was achieved by offering to do homage for Cyprus to the Holy Roman Emperor. While this was to cause trouble for his successors and lead to a bloody civil war a generation later, it was still a wise move on Aimery’s part securing for his still fragile rule both legitimacy and the prospect of protection against Byzantine irredentism. History validated the wisdom of Aimery’s move as it proved an effective stepping stone to full sovereignty. By 1247, just half century after Aimery was crowned king by the Imperial Chancellor of Henry VI Hohenstaufen, his grandson was able to shake off the last vestiges of imperial suzerainty when Pope Innocent IV absolved him of all oaths sworn to the Holy Roman Emperor.  From then on until the kingdom was impoverished in a bitter civil war with Genoa in the late 14th century, Cyprus was a proud, wealthy and independent kingdom. It was not fully obliterated until the last queen sold the island to Venice in 1489. To the middle of the 15th century, furthermore, the island was ruled by the direct descendants of Aimery de Lusignan.

Aimery himself ruled Cyprus for eleven years, and the degree to which he was respected by his peers is proven by the fact that he was elected by the High Court of Jerusalem as the 4th husband of Queen Isabella. He thereby become King of Jerusalem in 1197, ruling there for eight years.  His reign was looked back upon by subsequent generations as one of justice and prosperity — in both kingdoms.

Aimery's role in the establishment of the Latin Kingdom of Cyprus is a major component of The Last Crusader Kingdom.