“The Italian and the Frenchman of yesterday have been transplanted…We have already forgotten the land of our birth; who now remembers it? Men no longer speak of it…Every day relatives and friends…come to join us. They do not hesitate to leave everything they have behind them. Indeed…he who was poor attains riches here. He who had no more than a few pennies finds himself in possession of a fortune.” 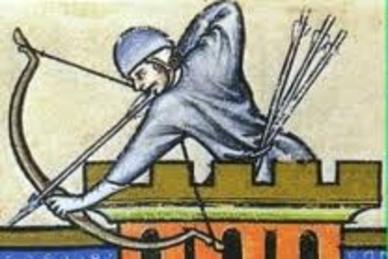 Settlers and Sergeants: Immigrants to the Crusader Kingdoms from the West

A description of the United States in the late 19th Century? No, the Kingdom of Jerusalem in 1125 from Fulcher of Chartres.

Long before the discovery of the “New World,” before the rise from rags-to-riches became known as “the American dream,” and before the Statue of Liberty became of symbol of the United States, the crusader states briefly experimented with building a “melting-pot” society that welcomed immigrants and drew ambitious young men like a beacon.

Obviously, there were huge differences. The crusader states were carved out of territory that had been inhabited by great civilizations for longer than we have written records. The crusaders did not come to a “new” world, but rather occupied a biblical one—literally. Yet the “land of milk and honey” that the crusaders inhabited was not so densely populated that it could not accommodate immigrants. On the contrary, while always a minority, within less than 100 years the immigrant population (first and second generations) made up roughly 20% of the total population. More importantly, the immigrants had contributed greatly to a renaissance in agricultural production and to an economic boom. More land had been brought under cultivation, new settlements had been established, abandoned cities brought back to life and sleepy coastal ports turned into flourishing metropolises.

Archaeological evidence has revealed that contrary to earlier assumptions, during the first roughly one hundred years of crusader rule (i.e. before the Battle of Hattin and Saladin’s invasion), a large number of new settlers lived in agricultural communities, often new towns created by them. As tenants to the feudal and ecclesiastical elites of the kingdom, they owed sometimes as little as one quarter of their produce (or the monetary equivalent) to the lord. The fertility of the land combined with the high value of the products (olive oil, wine, citrus fruits, honey, nuts etc.) ensured that with good management they could be quite prosperous.

Many other pilgrims of the working-class, however, would have lived not from agriculture as tenants, but rather as tradesmen and craftsmen: butchers, bakers and candlestick makers, blacksmiths and goldsmiths, cobblers and tailors, coopers and carpenters, weavers and dyers, not to mention inn-keepers and tavern owners, teamsters and stable masters. Men plying these trades were needed not only the large urban areas but in the smaller provincial towns as well.

Together the free farmers and the tradesmen/craftsmen made up a distinct class of society known as the “sergeant class.” As such, they provided the infantry for fighting forces of the crusader states. Infantry, while often overlooked in histories, was vital, indeed indispensable, to the armies of this period. They provided a shield around the vulnerable horses of the knights enabling the knights to retain their mobility until the moment for a charge came. Equally important was the role of the infantry as garrison troops in the defense of fixed positions. Warfare in this period required walled strongpoints, whether castles or cities, to be sufficiently well-defended to hold off assaults and siege by the enemy sometimes for weeks or months. Every castle and city needed fighting men to man the walls and repel attacks long enough for a relief force to come to the city’s aid. The bulk of those fighting men came from the “sergeant class.”

Meanwhile, the merchant classes in the crusader states also enjoyed an exceptional degree of prosperity and status. This was because the Italian city states had provided the naval power necessary to expand crusader control. With the help of Genoese, Pisan and Venetian fleets, the crusaders had spread out from isolated inland cities (Jerusalem, Antioch and Edessa) to claim hold of the entire coastline of the Levant. The capture of key coastal cities such as Acre, Tyre, Tripoli and Beirut had only been possible because of the naval blockades set up by the Italian fleets while the Frankish (crusader) armies besieged or assaulted these cities by land. The financially savvy Italian city-states had, however, lent their fighting ships to the crusader cause in exchange for trading privileges in the cities they helped capture. The communes they established in these crusader cities not only enjoyed valuable monopolies on trade, they were also largely autonomous, governing their affairs with little interference from their nominal feudal overlords. In war, these merchant communities likewise provided troops, albeit often mercenaries hired by the wealthy communes, and, of course, naval power.

The large and prominent role played by sergeants and the merchant communes in the economy and defense of the crusader states are two features that made Outremer significantly different from the Western European societies of the period.