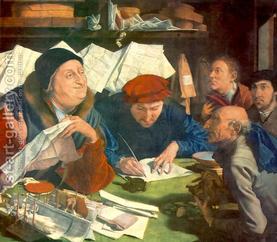 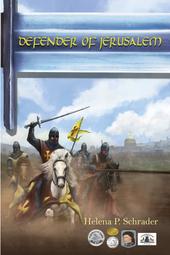 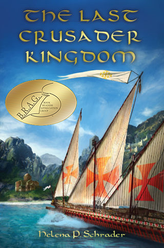 From the first decade of the crusader states to their fall, the Italian maritime cities had a unique and distinctive role and place in society of Outremer. Today I take a short look at the Pisan, Genoese and Venetians in Outremer.

The First Crusade went tortuously overland and contained no notable maritime component. No sooner had Jerusalem been taken, however, than the need to establish permanent control over the coast of the Levant – or at least key cities that gave access to Jerusalem such as Acre and Jaffa ― became apparent. Capture and control of coastal cities in turn required naval forces that could, at a minimum, blockade a city held by the enemy so that a landward siege could be effective ― or, in some cases, called for an assault from the sea.

The problem immediately faced by the Franks ― hanging on by their fingernails to the land captured in the First Crusade ― was that they were all, whether lords, knights or sergeants ― landlubbers. None of them was remotely prepared to or capable of undertaking maritime operations.  In the age of sail, designing, building and operating sea-going vessels required highly specialized knowledge and skills. These were, furthermore, complex skills requiring years of apprenticeship and experience.  There was no quick and easy way to turn a soldier into a sailor, or a knight into a marine officer.

Fortunately, there were professional Christian seaman willing to support the efforts to re-establish Christian control over the Holy Land. As early as December 1099, a large Pisan fleet arrived at Jaffa to aid the beleaguered Franks in Outremer (it was too soon to speak of a kingdom).  They failed to do much at this time and sailed for home after Easter, but they were replaced by some 200 Venetian ships. In the years to come the great Italian maritime cities repeatedly “lent” their fleets to the Frankish forces in Outremer.

Malcolm Barber notes in his seminal work The Crusader States that the treaty negotiated with the Venetians in 1000 “set the pattern for future agreements with the maritime cities and, in that sense, began the process of establishing the Italian communes in the East….”[i] This agreement granted to Venice a church, market, and one third of the booty of any city captured by the Franks in the Holy Land, as well as the city of Tripoli in its entirety, if captured in the period between June 24 and August 15, 1000. I.e. anything the Franks captured during the period in which their fleet was engaged in operations against the Saracens.

In the event, all that was captured in 1000 was Haifa, but it set a precedent. The arrival of the Genoese fleet in Jaffa in time for the summer campaigning season in 1101 enabled the Franks to seize control of both Arsuf and Caesarea. In 1102, the Genoese contributed to the fall of Tortosa, and two years later assisted in the capture of Gibelet, and ― most important ― Acre.  In 1109, Tripoli itself surrendered, and the Genoese were granted a full third of city.

Meanwhile, the Venetians had returned and assisted in the capture of Sidon and, notably, Tyre ― a city that had resisted capture by the Franks for a quarter century before falling in 1124. For this service, the Venetians received “a church, street, square and oven in every royal and baronial city in the kingdom….Lawsuits between Venetians and against Venetians by outside parties were to be settled in Venetian courts…Property left by Venetians who died…would be under Venetian control. Finally, the Venetians would have a third part of the cities of Tyre and Ascalon.”[ii]

The rapaciousness so often attributed to all crusaders, many of whom in fact indebted themselves to undertake the pilgrimage to the Holy Land, would appear to have been very prominent among the Italian maritime powers. Joshua Prawer argues in his article about the Italian communes[iii] that the Italians were concerned less about the Holy Land than about “dominating the lines of communication and commerce between the eastern shores of the Mediterranean and Europe.” This set them apart from the other residents, both native and immigrant, because they never fully identified with the crusader states, but rather with their cities of origin.

Certainly, the Italian communes retained their aloofness from the rest of crusader society. The right to their own courts was fiercely defended, as were their other privileges, particularly the immunity from royal taxes and service. They remained enclaves of foreigners, rather like diplomatic or colonial enclaves in later centuries, living by their own laws, speaking their own language, and retaining their rivalries. As Prawer puts it, “they might have been regarded by everyone else in the kingdom as a class apart, but they were a class composed of bitter rivals.”[iv]

In the early years, they were little more than trading outposts with communal lodgings and warehouses. The so-called “palazzios” of the Italian merchant communes were fact composed of warehouse space on the ground floor (that could be rented out by individual merchants by the square foot), and lodgings on the upper floors, rented out by the week or month. In between were the offices, courts, and reception rooms for the commune’s administrative bodies. In short, the large, multi-storied buildings occupying roughly a city block were not grand residences, but the practical consolidation of functional space need by a transient population of sailors and sea captains, merchants and agents. These men came only briefly to conduct business and returned “home” ― to Pisa, Genoa, or Venice ― as soon as possible. Their families remained in the home city.

Only gradually did some of the less prominent members of that transient community start to stay longer in the East. Only very exceptionally, such as in the case of the Embriachi family of Genoa, did prominent, aristocratic families establish a permanent presence in Outremer. Yet men of lesser standing at home sometimes found it advantageous to settle, marry and acquire personal property in Outremer.

Although by the 13th century, there were some members of the Italian Communes who were third or fourth generation residents of Outremer, they remained legally and emotionally the subjects of their home cities rather than Kingdom of Jerusalem. This found expression, for example, in the way the communes took sides in the civil war between the barons of Outremer and the Hohenstaufen Emperors along the same lines as their home cities ― the Venetians and Genoese opposing Frederick II and the Pisans supporting him. Tragically, the Italian cities as commercial rivals came to view each other as the greater enemy than the surrounding Saracens with whom they all traded. This resulted in open warfare played out with assassinations, attacks and fighting in the streets of Acre and Tyre particularly. This war was bloody, costing as many as 20,000 lives according to some sources.[v] Yet far more tragic was that the local barons and military orders took sides in this war, so that what started as commercial rivalry soon tore the Kingdom of Jerusalem apart. It also paralyzed trade, and so weakened the kingdom economically ― at a time when the Mamlukes were on the rise.  It is therefore fair to say that the commercial rivalries of the Italian communes contributed materially to the demise and fall of the crusader states in the second half of the 13th century.

Discover the inhabitants of crusader kingdoms, high and low, in Dr. Schrader's award-winning novels set in the Kingdoms of Jerusalem and Cyprus. 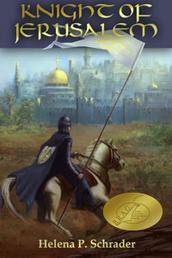 The Role of the

in the Rise and Fall of the Crusader States 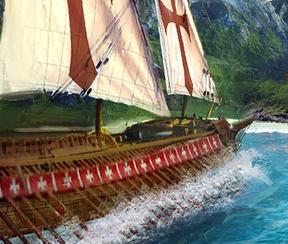 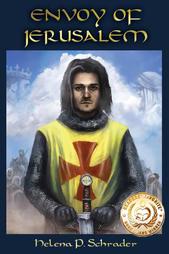