Emperor Frederick sailed away from the Kingdom of Jerusalem (still wearing the intestines his furious subjects had pelted at him) on May 1, 1229. He never again set foot in the Holy Land. He continued to call himself "King of Jerusalem," however, until his death in December 1250. In the 21 intervening years, he made numerous attempts to exert his authority in Jerusalem and to control the kingdom of Cyprus as a vassal state. He was consistently foiled by a coalition of forces led by the very man he had tried to disseize, humiliate and exile: John d'Ibelin, Lord of Beirut. His next move against Cyprus came in the fall of 1231.

On his departure from the Kingdom of Jerusalem, Frederick named two men, Balian de Sidon (a grandson of the Balian d'Ibelin who defended Jerusalem in 1187) and Garnier l'Aleman (Werner von Egesheim) as his baillies. In Cyprus, he left five men (who paid him 10,000 silver marks for the privilege) as his baillies. (See: The Emperor's Men) As described in The Battle of Nicosia and The Sieges of Kantara and St. Hilarion) the baillies on Cyprus were militarily defeated but then pardoned by the still under-aged king under the tutelage of the Lord of Beirut.

Emperor Frederick received the news of the defeat of his appointed baillies in his Kingdom of Sicily. His immediate reaction is not recorded, but just over a year later in the autumn of 1231, he outfitted a fleet of 32 ships filled with more fighting men than he had taken with him on his "crusade" of 1228. This force of 600 knights, 100 squires, 700 foot-soldiers, and 3,000 armed sailors was commanded by one of Frederick's most trusted officers, the Imperial Marshal, Riccardo Filangieri. His orders were to expel the Ibelins from their lands and titles and restore Imperial control over both the Kingdoms of Jerusalem and Cyprus.

News of the Emperor's fleet and intentions was brought to the Lord of Beirut in Acre -- either by an Ibelin spy in the Emperor's camp or by an Imperial defector/traitor. Beirut was at this point acting regent of the Kingdom of Cyprus for the 14-year-old King Henry I. Believing that Filangieri's first port of call would be Cyprus, he gathered his men and allies, denuding his base of Beirut of fighting-men, and took ship for Cyprus, arriving almost simultaneously with the Imperial fleet.

Significantly, Filangieri himself was not with the ships that made landfall on the south coast of Cyprus and anchored off Limassol. Instead, the Emperor was represented by the Bishop of Melfi. The presence of an apparently large (but probably not very large) armed force under the Lord of Beirut's heir, Sir Balian, dissuaded the Imperial forces from attempting a landing, but the Bishop of Melfi requested an interview with King Henry.

This could hardly be refused, and the Bishop went ashore accompanied by two knights and met with the King, notably in the presence of the Lord of Beirut, who was, after all, still nominally at least his baillie. Notably, the Eracles (a less pro-Ibelin source than Philip de Novare) describes the meeting between the Emperor's spokesperson and King Henry in great detail. According to this contemporary source, Emperor Frederick addressed the young king as his vassal, and ordered him to "dismiss and require to leave your land, John d'Ibelin, his children, his nephews, and his relatives." He is said to have "sent his orders" forbidding Henry to "harbor" the Ibelins anywhere in his kingdom.

The imperious tone strikes any reader familiar with Frederick Hohenstaufen as authentic. He clearly viewed himself as dealing with a subordinate -- and a child subordinate at that. He had recently brought his own son, the crowned "King of the Romans," to heel. Frederick no doubt expected little opposition for a fourteen-year-old, who had to date been his prisoner and pawn, married three years earlier to the woman of his choice, and besieged for nearly a year by the very men Frederick was asking him to disseize and expel. Perhaps he assumed that Henry resented or even hated the Lord of Beirut for that siege. Certainly, the fact that he was demanding a fellow monarch to break the constitution of his kingdom by disseizing vassals without due process does not appear to have bothered the Emperor in the least.

The Hohenstaufen had miscalculated. After hearing the Emperor's "orders," Henry took counsel with his advisors and on his return allowed his seneschal and celebrated jurist, Sir William Viscount, to deliver his answer. While this may sound as if Henry was not free to speak for himself and that the answer was formulated not by the king by his advisors (including the Lord of Beirut himself), subsequent events belie that interpretation. We must assume that Henry wholeheartedly backed the sentiments expressed in the answer that Viscount gave.

Viscount pointed out that King Henry "greatly marveled" at the Emperor's demands because to follow them he would put himself in the wrong -- i.e. violate feudal law and custom. Henry also reminded the Emperor via the Bishop of Melfi that he was himself a relative of Beirut so that the Emperor's demand that he expel "all Beirut's relatives" was an order for him to expel himself from his own kingdom.

Perhaps something was lost in translation then or now. Perhaps the Emperor did not mean to suggest Henry quit his own kingdom. Perhaps he thought it was obvious he didn't mean that. However, Henry appears to have been deeply offended by the demand nevertheless as subsequent events made clear. Meanwhile, the Bishop of Melfi had no choice but to withdraw, his job as ambassador for Emperor Frederick complete if unsuccessful.

Meanwhile, Marshal Filangieri had caught up with the rest of his fleet. Without attempting a landing or seeking an interview with King Henry, he ordered his fleet to sail by night making directly for Beirut's lordship and power base: Beirut.

It is impossible to know if this had been the plan all along or if Filangieri had simply improvised brilliantly.  It is possible that the man who brought the Lord of Beirut the news about Imperial intentions was an Imperial plant. Indeed, the entire mission to King Henry may have been a ruse, a means to intentionally lure the Lord of Beirut away from his city with the bulk of his fighting men, but there is no way of knowing. Either way, it was an astute tactical move. Arriving off Beirut by night, Filangieri's forces "took the city unawares," according to the close ally and intimate of the Ibelins, Philip de Novare. Immediately, Novare tells, the Bishop of Beirut surrendered the port city "as might a timid priest." The Lord of Beirut had just lost his principal source of wealth and revenue -- the very object that the Holy Roman Emperor had consistently demanded since the summer of 1228.

Although the citadel of Beirut held out under a skeletal garrison, Emperor Frederick via his deputy Filiangieri had decisively won the opening round of this renewed confrontation with the Lord of Beirut.

The story of the Emperor's attempt to subdue Beirut and Cyprus in 1231-1232 forms the basis of The Emperor Strikes Back:


The Holy Roman Emperor and King Henry I of Cyprus: Confrontation in 1232 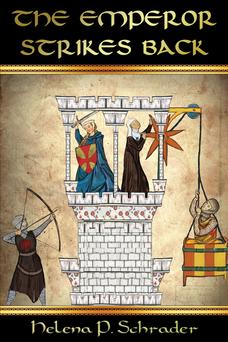 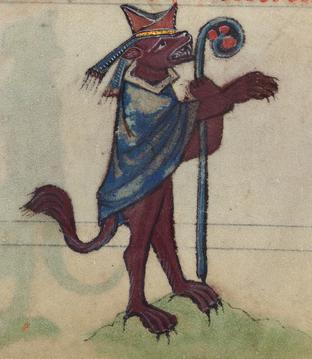