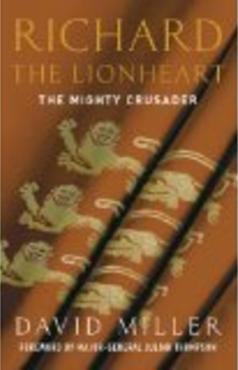 This is a military man’s assessment of the military capabilities of Richard I of England. It does not attempt to analyze his capabilities as a politician or monarch, much less a son or husband, as the excellent forward by Major General Julian Thompson warns. As such it delivers very well indeed.

Miller first provides the context of Richard’s campaign in the Holy Land, then a chronological account of it, and finally looks at his achievements by topic (combined operations, logistics, command).  Perhaps because I was familiar with the events, I found the analysis in the last three chapters most useful.

While not a biography in the sense of providing the life story of its subject nor in-depth insight into what made Richard Plantagenet do what he did, it is a very useful supplement to other biographies. I highly recommend this book to anyone seriously interested in the period, or military history generally.  It is particularly valuable because it highlights just how sophisticated and complex the crusades were and debunks notions of all medieval armies being little more than rabble and egotistical knights errant. After reading this book, my respect for military leadership in the middle ages increased significantly, and I look forward to applying many of the things I learned to my novel on Balian d’Ibelin.